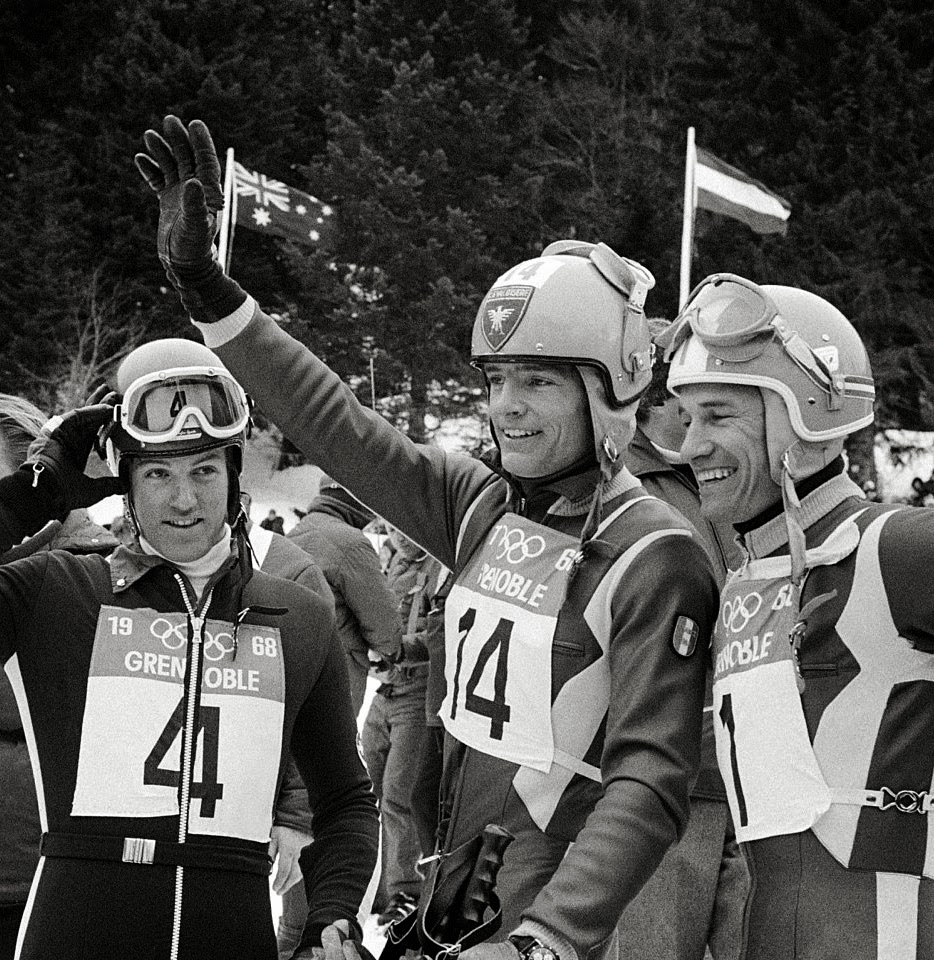 As I recently stumbled across a picture with Jean Claude Killy (JCK) celebrating his 1968 Olympics wins I started to investigate the watch he was wearing.

The Caption of the picture is

“”Jean-Claude Killy takes victory at Grenoble, 1967. At the lower edge of the frame you can see his Rolex” 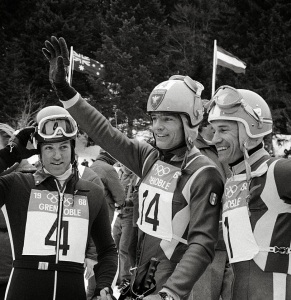 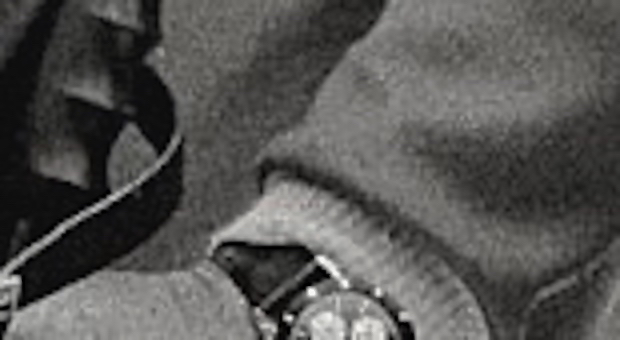 I had a good idea which watch it was so I shared my thoughts with some other collectors , The Daytona was mentioned but quickly discarded as the subdials of the Daytona are much smaller. The Heuer Autavia was mentioned but that watch is only 37mm and the bezel is different

So I started to dig into this a little deeper , and found more pictures . Most of them were too low resolution but then I found this one 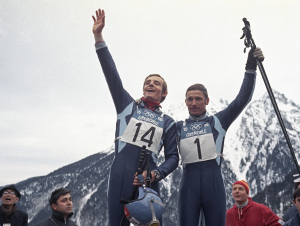 and I zoomed into the picture and the watch 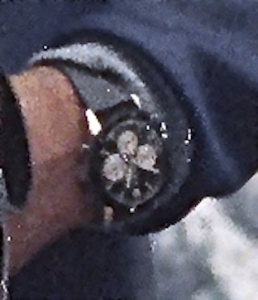 And you know what ? That is a Breitling ref 765 CP CoPilot . The 15 minute counter is larger than the other 2 subdials and this is a typical feature of the ref 765 AVI / CP CoPilot . That together with the large numbers on the bezel in the previous pic convinced me that JCK was actually wearing a Breitling while he was winning all his medals !!! 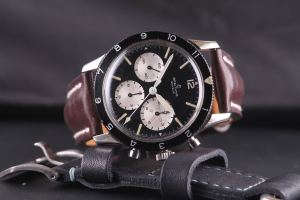 Grenoble 1968 is where and when it all started for Jean Claude Killy and the JCK Rolex legend as after he won all his medals it is then that he started his ambassadorship for Rolex.

But what very few people know and realise is , he was actually wearing a Breitling ref 765 CP while participating in the Olympics and winning all his medals !

…//… year 1968, Killy won the Triple Crown of Alpine Skiing with a sweep of all three gold medals (downhill, giant slalom and slalom) at the 1968 Winter Olympics in Grenoble, France. By finishing first in both the downhill and slalom, he also easily won the world championship medal in the combined event.
With the Olympic events included (for the only time) in the World Cup standings, Killy easily repeated in 1968 as the overall champion, placing first in the giant slalom and second in the downhill and slalom season standings. He retired following the 1968 season, and moved to Geneva, Switzerland, in 1969. …//…

* 2nd at the 1000 km de Monza, catégory Grand Tourism (You can clearly see him wearing his Breitling) 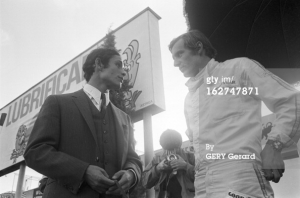 * 3rd at the 1000 km du Nurburgring, catégory Grand Tourism (still looking for pics showing his watch)
* Participation to the 24 heures du Mans – 1969 , (by this time he was Rolex Ambassador so I assume he was wearing Rolex)

After the 1968 Olympics and after becoming a Rolex Ambassador Killy always stayed close to Rolex, he is still today member of the Governor’s board, was appointed at the head of Research and Development in 2010 and it is said that he still have a strong influence on the design. His own daughter had been working for some years at the Rolex communication department. JCK is now an avid Rolex collector .